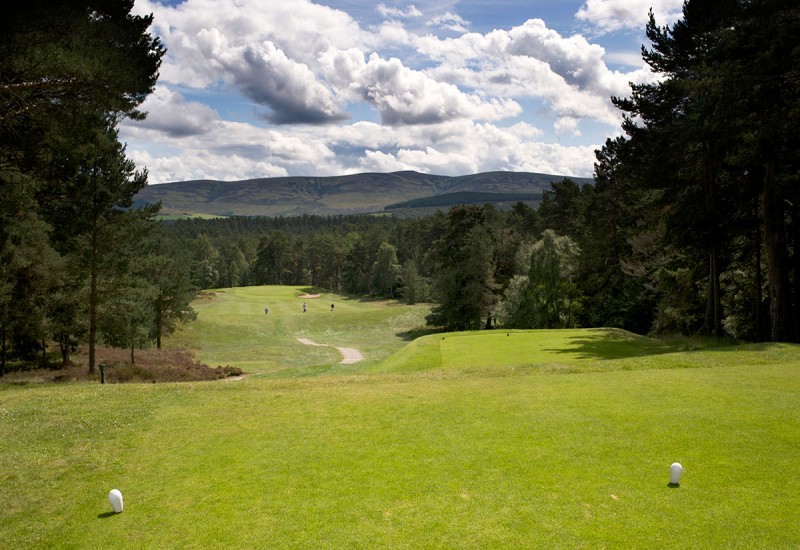 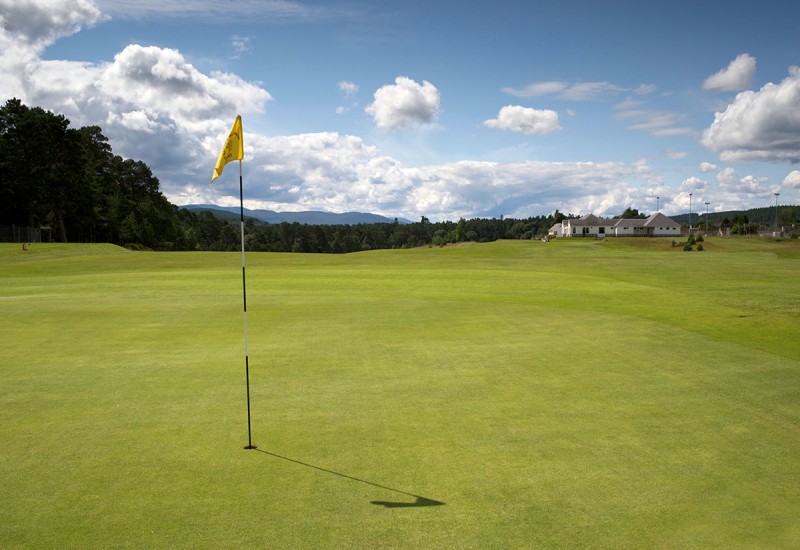 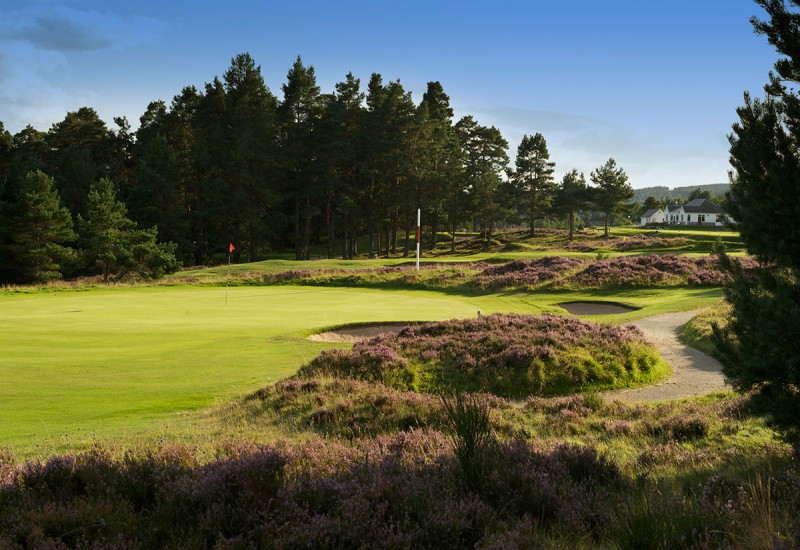 Grantown-on-Spey is considered one of the best parkland layouts in the Highlands. Initially set as a nine-hole course in 1890, Willie Park Jnr extended it to 18 holes in 1911 before James Braid made improvements ten years later which remain today.

Never constructed as a championship course, Grantownon-Spey is more of a holiday golf destination making it the perfect location for a relaxed society outing. Nestled among mountain scenery, the first six holes are laid out on open parkland, while the seventh to 12th holes are routed through hilly woodland.

The final six holes, are played out over undulating parkland. The signature hole on the course is without a doubt the short par-4 ninth, called Murdie’s View. which measures just 275 yards and is played in the backdrop of pine trees and the Cromdale Hills.

Short par-4s, are a feature of this incredibly fun course, with six of the 14 on the card less than 300 yards in length.

Five of the eight par-4s measure less than 400 yards, so this really is a course that is manageable for the higher handicapper, but remains an entertaining challenge for everybody.